How School of Rock is Going to Rock ‘N’ Roll

BY SHARON POWILLS
Rob Price claims to have the best job on the planet. Almost any music lover would have to agree. The new CEO of School of Rock, the leading music education franchise, has always been passionate about music, especially the keyboard.

“I was one of those kids that would seek out every opportunity to make music with others,” Price said. “Whether it was garage bands, concert bands, orchestras or a cappella—performing with others was central to my growth.” 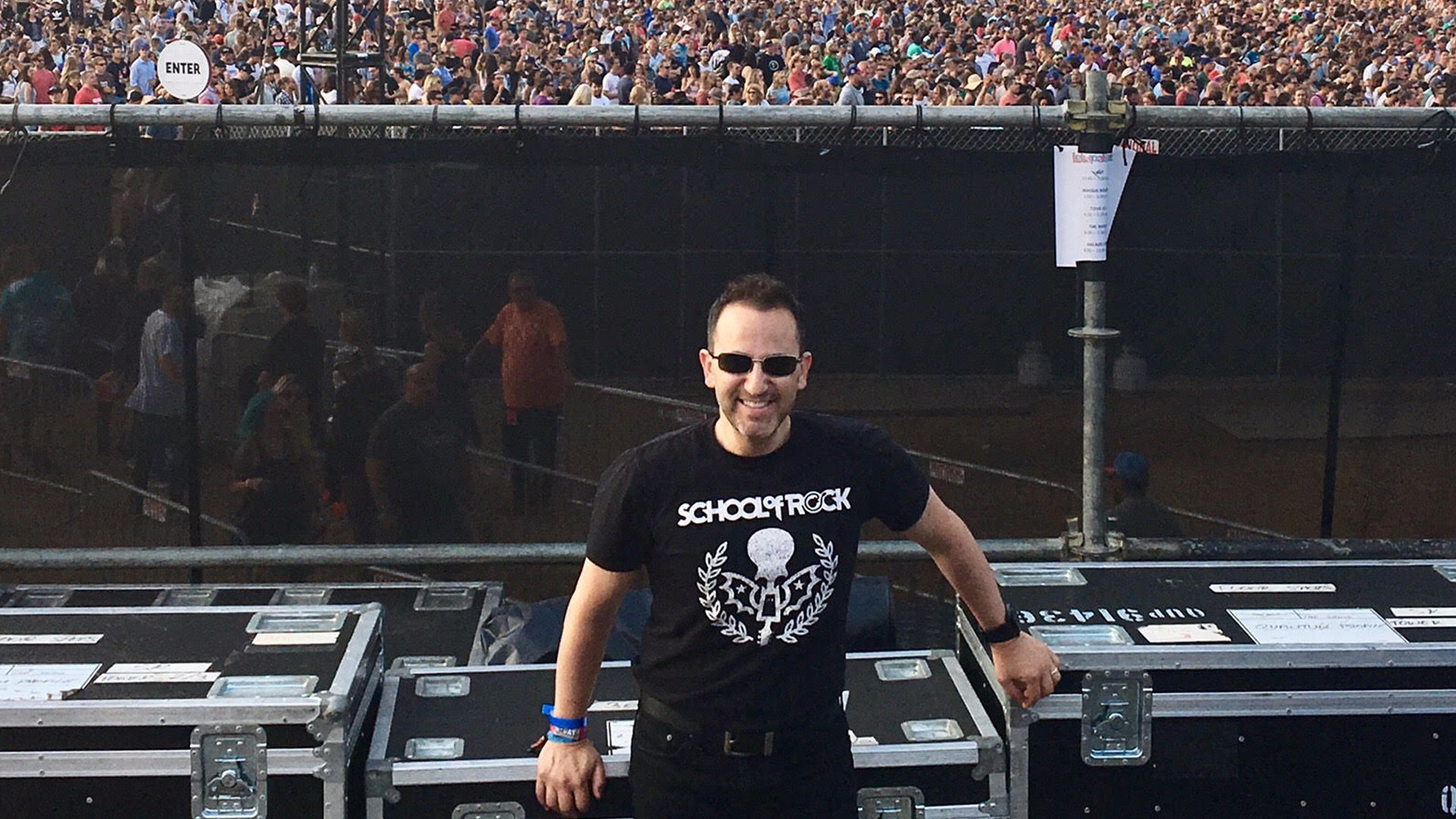 It’s easy to see how his three boys, now 20, 18 and 16, were kids raised in an environment where music was a part of their everyday lives.

“Our kids were tripping over instruments. It is not a surprise that one of our kids recruited the entire family into a band, and we became like the modern-day Partridge family, playing cover music and local gigs,” Price said. “We even recorded an album, toured in an RV and performed on national TV.”

The passion for creativity stuck. Price’s youngest son will perform at Carnegie Hall for the second time this spring, his middle child just released his debut solo album and the oldest plays as much guitar as his architecture studies allow. Price said, “My sons are all too good for me now, but thankfully they occasionally indulge me with a jam.”

It was this experience with his own kids that made School of Rock more than a job opportunity. Price feels like it is a calling. He wants every kid to experience the transformational power of music education that he experienced as a child and as a parent.

Price’s journey to multi-unit management began with a stint in management consulting. Price then earned his MBA at Harvard Business School, where he became fascinated by the relationship between brands and consumers. He worked on a field-study for Crate & Barrel before spending six years at H-E-B Grocery in San Antonio, where he ran their own brand division and led company marketing.

“This family-owned retailer was maniacal about service, experience and product quality,” Price said. “I was inspired by H-E-B’s commitment to do the right thing. Always.”

Following his time at H-E-B, Price was CMO for the highly-regarded convenience store chain, Wawa. “Wawa was more than a brand. It was a part of its customers’ family. I grew by learning how to evolve a brand so well-regarded by its communities.”

Price was then recruited to CVS Pharmacy to assume the role of CMO, which he held for nearly eight years. Price had to rely on his understanding of multi-unit operations, but as the company evolved from its retail heritage to a broader healthcare positioning, he had to learn constantly.

“My tenure as CMO of CVS coincided with a time at which company strategy shifted dramatically and consumer marketing became more rigorous and quantitative,” he said. “I was blessed to work with curious and imaginative change agents in our stores and headquarters.”

Price entered the world of franchising when he was tapped to be President of Edible Arrangements, a founder-led organization looking to accelerate its growth. At Edible Arrangements, Price developed a deep regard for the power of the entrepreneur. “Building a franchise for the long term requires reverence for your franchise owners. I learned that system growth is anchored in the performance of existing franchisees.”

The opportunity to be School of Rock CEO created a “perfect blend,” according to Price. He felt that the brand had the ideal combination of passionate entrepreneurs, strong brand awareness, a differentiated strategy and solid financial performance. Most importantly, it is powered by purpose, which Price called the “most potent ingredient for business success.”

But running School of Rock isn’t all rock ‘n’ roll. “Superior infrastructure and technology tools are essential in our business,” said Price. “Our rapid growth requires rigor and automation so we can tend to the more abstract and creative components of the business.”

The company will operate over 220 schools in 10 markets by the end of 2018. Meeting the needs of existing franchises and new ones demands investments in people, process and technology. Price has announced a wave of new partnerships, including one with FranConnect for franchise management. Price indicates that he wants to ensure that all of School of Rock’s technology tools can fully channel the energy of his franchisees. According to Price, “Our IT tools need to match the flexibility and capability of our owners and their teams­­ – they deserve it.”

Throughout Price’s career, he has been with companies that value technology as an enabler of strategy. When asked what makes a franchise management system different from non-franchise systems, Price points out that the key difference is in the design. In an exclusively-owned corporate environment, data is meant to be aggregated, with an almost gravitational pull of insights up toward corporate decision makers.

“At School of Rock, I am looking to unleash our franchising software to simplify our owners’ lives in order that they can invest their time in their students and staff members.”

Price got exposed to FranConnect’s franchise management software solution upon arriving at School of Rock. Since joining, he has increased the focus on fully exploiting the advanced functionality available within FranConnect. Price adds, “As I looked into the breadth of tools that FranConnect offers, I was excited about the possibilities to work more effectively with our franchisees.”

Much more went into the selection of FranConnect for the next phase of School of Rock’s growth. “We looked closely at the company’s leadership and customer support resources that the FranConnect team is investing for the long run,” Price said. “We need a reliable partner that matches our desire to build an enduring brand. Just like us, FranConnect is investing heavily in its product to exceed customer expectations. The development roadmap that FranConnect has shared meets my institutional growth objectives and those of other leading large franchisors,” according to Price.

By harnessing technology to help unleash growth, Price looks towards the future and reflects on what success looks like to him. Price said he wakes up every day feeling a drive to make an impact and is on a deeply inspired mission to make School of Rock the largest and most influential community of global innovators.

“Only some of our students will choose to become professional musicians,” Price admits. “But through the study of music, 100 percent of our kids will become more confident and impactful people. We are preparing our students for a complicated world, in which collaboration and co-creation are more important than ever.”

“They Keep Innovating” — Why the #1 Mobile Flooring Franchise Made...

FranConnect Prepares to Make its Enhanced Franchise Software a Highlight of...
Scroll to top